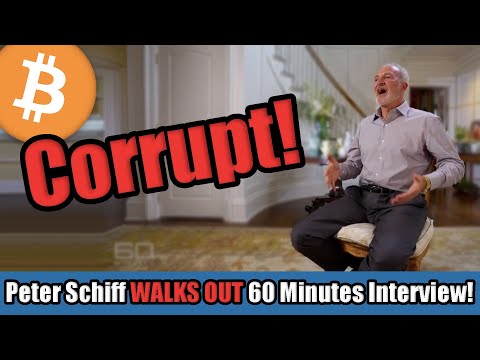 Summary:
Event site: https://www.ri2020.io/
Event date: May 18th, 2020
P-PREP Commitment Date: April 30th, 2020
Telegram: u/markusreisner
We believe we have a strong proposition to market ICON in a meaningful way to some of the largest communities in crypto.
The MouseBelt team has the largest global network of over 100+ universities in 20+ countries. Over the last few months, 10+ university blockchain events we were working with got canceled for obvious reasons.
Due to that fact, and our understanding of our reach we decided to launch a virtual conference. Since April 10th here is what happened:
MouseBelt will invest over $70k+ into this event. We would like to have fellow P-Reps invest $20k (this will go 100% to BlockTV production cost).
The benefit to the ICON community will be:
Background:
MouseBelt is a popular blockchain ecosystem consisting of multiple parts:
MouseBelt as ICON developers:
Our engineering team has implemented token assets on ZenSports (SPORTS), the first STO on the ICON network, and GrowYourBase, the #1 IRC2 application token in market capitalization on the ICON network.
Currently, we are developing the Balanced network in concert with ICX_Station, PARROT9, and Iconosphere. Balanced will bring synthetic assets backed by ICX to the ICON network, as well as tokenized staked ICX. This can assist with both a stable asset for payments, and a base for other DeFi applications
MouseBelt as a P-Rep:
We have been a Main P-Rep most of the time since decentralization of the network and so far had utilized our funds for student education.
Such as the “ICON in a box” workshops and the Milwaukee Blockchain Conference, which we sponsored in a direct ICX payment and the second annual payment for UCLA’s blockchain engineering course.
REIMAGINE2020, Conference details:
Conferences have always been an integral part of the blockchain space to promote projects in the industry.
With recent evolutions around the globe, things have changed. They either got canceled or delayed.
We have created REIMAGINE2020, a virtual conference.
Shared by the ICON Foundation on April 18.
We can effectively and efficiently promote ICON to the world through Reiamgine2020 | BlockTV. The driving force behind the conference is: highest quality of Content matched with the best production quality for Video. The funds will allow MouseBelt to promote ICON logo/branding throughout the conference/programming for straight 72 hr of live streaming. Additionally, we have the opportunity to properly place ICON logo/branding in highly favorable on-screen placements (tickers/commercials/plugs and continuous branding) reaching 5M viewers globally. ICX Station is providing a Keynote to drive global interest.
Confirmed partners
Schedule & Format
Production Status
Audience
In addition to the communities of our confirmed partners and universities we are targeting:
1. Viewers - Tuning into the livestream, attending a workshop, or watching the content post-conference.
2. Participants - Speakers, partners, and sponsors
3. As far as hard data for "attendees" we have two signals:

Are you afraid of losing all your Bitcoins? 6 criteria for choosing a secure cryptocurrency wallet.

CEO of Euro Pacific Capital Peter Schiff stated on Twitter that he has lost access to his Bitcoin wallet. Vitalik Buterin commented on the incident, "We can and should create better wallet tech to make security easier."
We couldn't agree more with this statement and are ready to share the essential rules for secure storage of cryptocurrency.
What should be taken into consideration when choosing a crypto wallet?
Be careful while choosing cryptocurrency wallets, store your passwords securely and, of course, use extra protection with cold storage.
Reach out to us if you are choosing a wallet and are unsure about its level of security. We will be glad to advise you about the best solution.

On July 2, 2018, Reason and The Soho Forum hosted a debate between Erik Voorhees, the CEO of ShapeShift, and Peter Schiff, CEO and chief global strategist of... Peter Schiff, a prominent Bitcoin critic, is the target of an investigation by leading tax authorities. Allegedly, Euro Pacific Bank, provided banking services ... This video is unavailable. Watch Queue Queue. Watch Queue Queue Peter Schiff Debates bitcoin bubble, bitcash, Litecoin, Ether, gold, dollar, market, blockchain, satoshi, crypto and cryptocurrency, Inflation, on RT Decembe... Buying Bitcoin or other cryptocurrencies like Ethereum and Binance Coin can sometimes be tough. Binance.sg is one of the new Fiat-Crypto exchange launched in Singapore. With it, people are able to ... Topics Today: Dogecoin Finally Listed on Binance — DOGE Price Up 30%, USDT-Bitcoin Relationship Means BTC May Explode Over the Weekend, Peter Schiff Reveals Crypto Holdings, Community Sends Him ... willkommen zur Bitcoin-Informant Show Nr. 690. Heute geht's um folgende Themen: Südkorea: Die Abwanderung der Bitcoin-Börsen, Peter Schiff überzeugt davon das Bitcoin niemals $50.000 erreichen ... They don't want you to know what goes on behind the scenes. Let's get into it. If you'd like to skip the education on Bitcoin's value and go right to the good part skip to 3:21. Follow us on ...